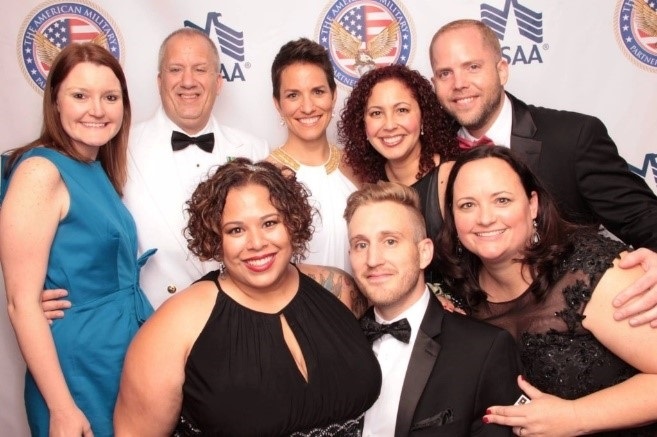 The face of the US Military is changing. It was only a few years ago that LGBT military members could not openly serve and they had to keep their families hidden for fear of being fired.

Just give this some thought…these brave Military men and women could not be greeted by their spouse at the dock when their Navy ship pulled in from being deployed, or on the tarmac when they came back from being overseas or at war for fear of being outed and fired for just being seen with their spouse or partner. Slowly things are changing, but there is still work to do in gaining full equality for LGBT families.

With more than 50,000 members and supporters across the country and around the world, the American Military Partner Association (AMPA) is the nation’s largest organization of lesbian, gay, bisexual, and transgender (LGBT) military families and their allies.

Their Mission is Connecting, supporting, honoring, and serving the partners, spouses, families, and allies of America’s LGBT service members and veterans – our “modern military families.”

I met the members of AMPA about 4 years ago when I presented a Financial Planning seminar with a founding board member, Lori Hensic for Military members and their partners/spouses. I have been impressed with the growth of their organization and the support and resources they give to their members.

AMPA took on the big challenge to educate not only the public, but the Military itself, on what an LGBT Military family looks like with their “Faces of our Families” project. This project helped change the hearts and minds of people to allow these service members to be able to serve openly and be proud of who they are and their family.

For more information on the American Military Partner Association or to thank these brave military members and their spouses follow them on social media or check out their website http://militarypartners.org/