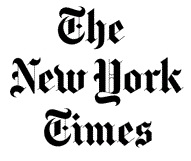 How to Make Your Marriage More Financially Equal

How to Make Your Marriage More Financially Equal

Whether you’re newlyweds or not, your marriage can only benefit from a better balance that eases the stress on

both of you. But be ready to talk — “we” statements only, please.

money, gender, marriage and families. And they aren’t always pretty.

There is anecdotal evidence of men confiscating their wives’ federal relief checks, and data showing a link

between financial stress and domestic violence. And millions of women felt they had no choice but to leave

paid employment to provide care for children or other family members.

Matrimony and parenting involve compromise, without question (and sometimes, seemingly, without end).

But it need not be disproportionate.

every couple, heterosexual or not. If you’re among the many getting married now as part of the great

pandemic wedding boom, consider adding another promise: that yours will be a financially egalitarian

First, understand where the power lies.

When a new household is setting a financial baseline, it is almost impossible to avoid talking about power.

Rachel Sherman, a sociology professor at the New School for Social Research in New York, examined

arrangements of authority in the marriages of the affluent in her book “Uneasy Street.”

While gender and the troubling norms that can come with it in heterosexual couples can play a role, she

The first involves the source of any household resources, including earnings, unpaid labor and inheritance.

Who gets or takes credit, and for what? What privileges, if any, come with the answers to those questions?

The other is about spending styles — who has license to do what, and when and who decides? Confusion here

can stem from having grown up in a family with a dysfunctional relationship to money.

Conflicting habits can cause real trouble, but understanding them is an important first step. “People are lucky

if they have a partner who has the same ideas that they do,” Professor Sherman said.

You’ll have to talk. A lot.

Financial planners get to participate in many conversations with people who have recently married, and they

can spot worrying patterns. One frequent issue: Only one partner speaks.

“They’ll often have a meeting with just one half of a couple,” said Marci Bair, a financial planner in San Diego.

More often than not, it’s the man in heterosexual couples who shows up or calls alone (or wants to), several

advisers told me this week.

At Fyooz Financial Planning (pronounced “fuse,” as in joining together a couple’s portfolios and peccadilloes),

that sort of exclusion or neglect isn’t allowed. Moreover, every couple meets with a couple: Dan and Natalie

Slagle, who jointly run the business in Rochester, Minn.

It can feel a bit like a double date, and as on many dates, there are red flags. “They typically have to do with

Ms. Slagle picked up the thread. “If they are not seeing themselves as a partnership, it’s going to be very

difficult to create a successful financial plan for two people,” she said.

So consider your pronouns, and not just if you’re talking to a professional. Be a united front.

There should be no ‘financial spouse.’

Even if you’re both present and equally engaged in any conversations about your money, many couples have

just one person running all of the household’s finances.

She’s generally not a fan of that setup or default, in part because of what can happen when a marriage ends,

either when one spouse dies or when the relationship goes sour.

Much of Ms. Bretthauer’s pro bono work is with recently divorced women, who may have spent decades as the

“And then they’re drinking from a fire hose,” she said. “They don’t know how to make the best decisions in the

divorce because they haven’t been privy to financial information for years.”

And there’s not one right way to do it.

You may be certain about the wisdom of a joint bank account and rigorous spending accountability. Or perhaps

you prefer a trio of virtual piggy banks labeled Yours, Mine and Ours. Both can work.

“Whenever people ask, I say that the right way to organize your money is the way where you don’t fight about

it,” said Alexandra Killewald, a sociology professor at Harvard.

Keeping your finances separate doesn’t prevent you or your spouse from inadvertently picking that fight.

“If you have separate accounts, how separate are they really?” asked Lazetta Rainey Braxton, a financial

planner in Brooklyn. “Can you spend with no judgment? However you want? Only within your shared value

But you can budget wrong.

Be wary about how you talk — or even think — about whose income is for what.

Viviana A. Zelizer, a sociology professor at Princeton, spent years examining how couples would assign labels

to the money that came in. Often, women’s earnings fell into particular patterns of allocation — for child care,

vacations or summer camps and not for, say, the mortgage.

“Somehow they were a bit different, and maybe more secondary, than the big money items,” she said. “I would

tell couples to notice how powerful this is.”

Consider the influences outside your front door.

For all your efforts to have a financially equal marriage, inequality in the outside world may come through the

door each night and hover over the dinner table.

Ms. Braxton, the financial planner in Brooklyn, encourages clients to consider the following set of possibilities

and the sensitivity that is necessary to manage them in a marriage.

female. And perhaps you feel more vulnerable to job loss.

A couple of things could happen at home. You might save and invest more conservatively out of fear. Or you

might spend with abandon on occasion, just to cut loose.

“People in that situation need planning to rise above what they are experiencing,” Ms. Braxton said. For

instance, you might build savings backstops as a “cushion” fund for softer landings or as a kind of “go to hell”

Giving up authority can give you something more.

If any of the above sounds familiar, it doesn’t make you retrograde. After all, there’s a decent chance that

you’ve never done marriage before. Change, however, may actually put you at ease.

the financial planner in San Diego.

“It’s all on their shoulders,” she said. “And they know that they’re probably not fully equipped for it, either.”

Hiring professional help may bring some comfort, too, but it doesn’t obviate the need for deep conversation

with your spouse. Ms. Bretthauer said the best financial planners were in the behavior-change business, not

“Are you looking for someone who will tell you what to do?” she said. “Then don’t hire me.”

Ron Lieber has been the Your Money columnist since 2008 and has written five books, most recently “The Price You Pay for College.”

A version of this article appears in print on , Section B, Page 1 of the New York edition with the headline: Making Your Marriage More Financially Equal